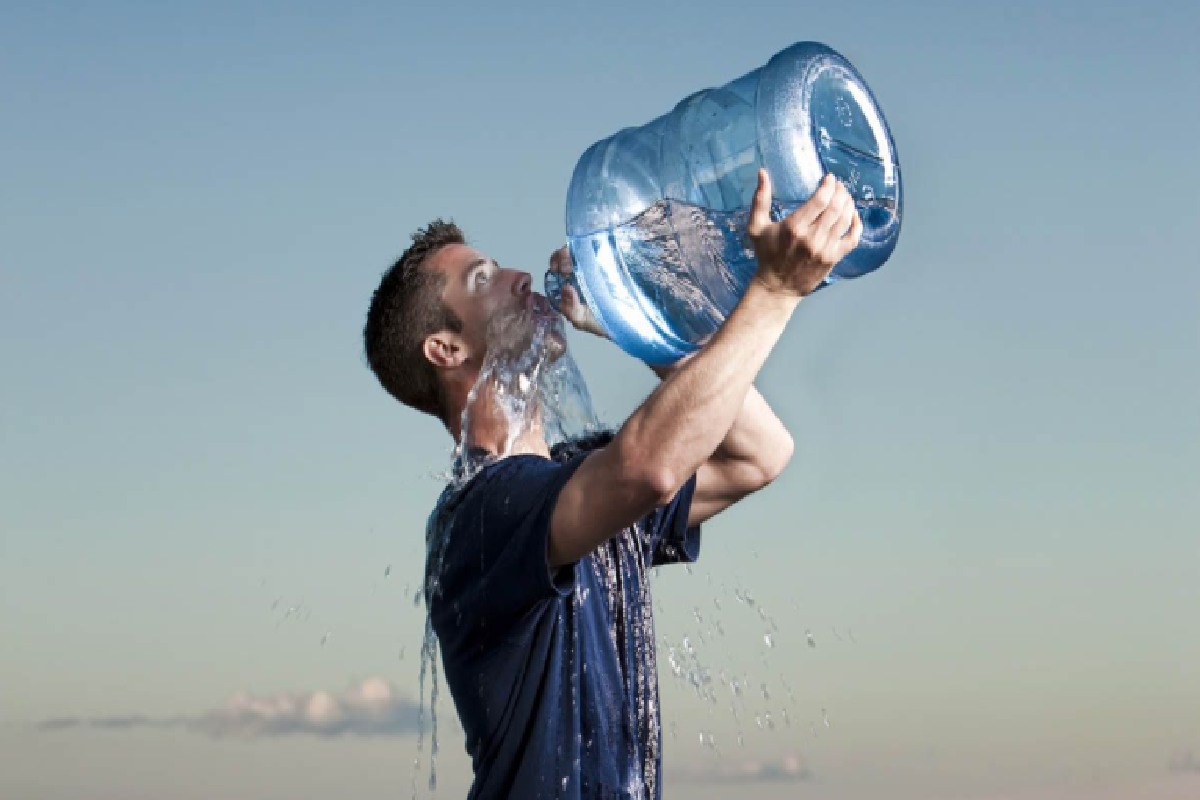 Home » Blog » The dangers of drinking a lot of water, hyponatremia
Health

The dangers of drinking a lot of water, hyponatremia: If in sport the lack of hydration is bad, also the excess (hyponatremia) of drink carries some risks. I think that there is no sports person who has not heard that you have to hydrate properly when doing sports, we are all warned and we carry cans with water even to sleep, that with the heat you sweat a lot on summer nights. And drinking, drinking, we have gone to the opposite extreme, to drinking too much water.

THE ORIGIN OF HYPONATREMIA

How much water is too much? I am the typical person who carries his bottle of water all day and especially if I do sports, I try to drink water to hydrate properly, but lately I am reading that drinking too much water can be harmful, and even that some people have died from drinking too much water in marathons. It’s true? What is the proper amount of water in a marathon?
It is not very common, but excess hydration can cause  hyponatremia or excess water poisoning.

It occurs when you drink water alone in large quantities, without salts and sodium levels decrease to critical levels, hence the name (HYPO-Low, NATREMIA-Sodium).

If the body cannot eliminate all the liquid that you drink during exercise through sweat or urine, the blood is diluted and the concentration of essential minerals for cells such as sodium, potassium and chlorine decreases. When the amount of sodium in the extracellular fluid drops, the water passes into the cells to balance the sodium levels thanks to the osmosis process. This causes the cells to swell with too much water. Brain cells are especially sensitive to swelling and this causes many of the worst symptoms of hyponatremia.

As you can see, the symptoms of hyponatremia are very similar to those of dehydration, so they are confused and if you continue to drink water without electrolytes by mistake, the hyponatremia worsens, until you lose consciousness, and you can enter In a coma and in the most serious cases, death occurs, as the person who asked me about marathons comments, which unfortunately is what appears on the news and what alarms us the most.

In the case of long-term exercise such as the marathon, problems appear in runners who are afraid of dehydration and that is why they drink a lot of water at the refreshment stations even if they do not feel thirsty or have not lost fluid by sweating.

THE LIMIT OF THE DRINK

It is likely that this is happening to you if at the end of running a marathon you have gained weight even though you have not eaten anything, only drunk water.

It is not strange, it has happened to me, I gained two kilos in a marathon in San Sebastián, where despite the fact that it was raining heavily, I did not miss a refreshment station without drinking water because it was my third marathon. still did not control much the issue of hydration. She was also on her period, and the fluid retention could also make her gain more weight by drinking water. Fortunately, I didn’t have any problems, just the fright when I saw that my weight was on the scale, but since I had managed to lose 4 hours, which was my goal, I learned my lesson and now I control myself better by drinking salt water at the refreshment stations.

HOW MUCH WATER SHOULD YOU DRINK RUNNING?

This is the one million question. You cannot estimate an adequate amount of water because it depends on each person, each race, the temperature, humidity, weight, sweating, etc., but if you drink in moderation you will not have a problem. Marathon athletes who run in less than 2 and a half hours do not need to hydrate a lot, they take a drink from the bottle that they have left with the organization, and they usually carry water with salts and some energy gel, but they are not a good reference , because of their ultra-distance genetics and because they have been training for many hours and they know what to drink and eat, they know how their body works in marathon.
The rest of the popular runners need to drink according to the effort, the temperature, the humidity and the loss of fluids in sweat and urine.
To be safe, it is advisable to choose to drink water with mineral salts, either a drink prepared for athletes or a homemade drink with water or tea, lemon, sea salt, bicarbonate and honey, for example.
Drinking fluids with electrolytes helps you hydrate safely during marathons and other long-distance events, but like everything in life, seek balance, drink in moderation and listen to your body’s messages to know what you need during exercise.

Hairstyling and makeup games for boys and girls

Exercise For The Improvement of Bone Health