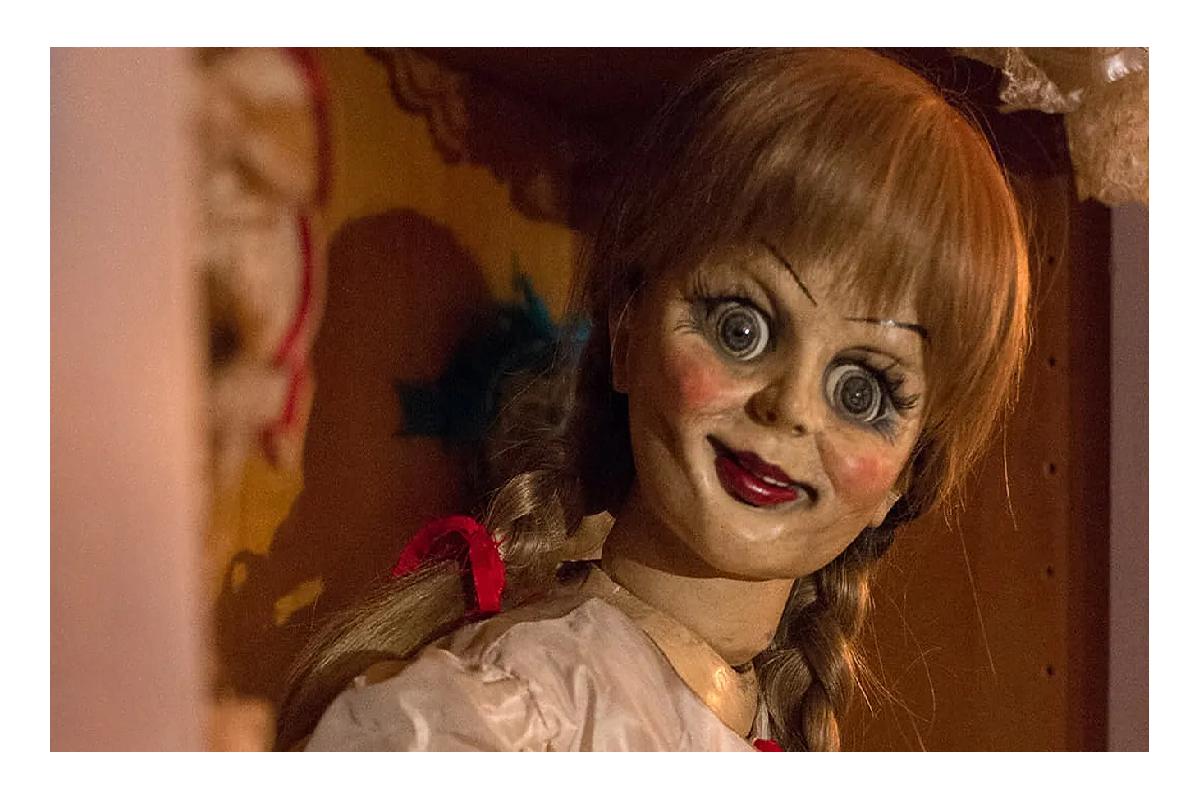 Home » Blog » Is Annabelle Coming Back? The Conjuring 3 Arrives in Theaters: When Does it Premiere
Entertainment

Is Annabelle Coming Back? The Conjuring 3 Arrives in Theaters: When Does it Premiere: This week, one of the scariest movies of recent years returns to the big screen. Based on a true story, The Conjuring 3: a new film in the franchise about Ed and Lorraine Warren will hit the big screen. The question of the fans is only one: will Annabelle appear?  Yes, The Conjuring 3 released. Should note that Annabelle was a global trend in August 2020 because a rumor indicated that the original doll had escaped from the Ed and Lorraine Warren Museum. However, the couple’s grandson was in charge of displaying the sinister object in its usual display case.

Of course, the toy story went viral, but the truth is that it is just one of many that paranormal investigators keep. Brought the chilling mysteries to the big screen in the saga of The Conjuring, which arrives with its third film in theaters after several delays in the wake of the pandemic. Check when you can see it.

“The Conjuring 3: The Devil Prepared Me Do It reveals a chilling tale of horror, murder, and unknown evil. Which surprised even experienced real-life paranormal investigators Ed and Lorraine Warren. One of the most extraordinary cases in their records begins with a fight for a child’s soul, then takes them beyond anything they’ve ever seen before, to mark the first time in American history that a murder suspect would claim demonic possession as a defense, ” is the Official synopsis of this film that is produced by Warner Bros and that this time will not include the doll.

Also read: Warren Museum: know inside the mythical Museum where is Annabelle

When is The Conjuring 3: The Devil Made Me Do It premiere?

The film’s release date is this Friday, June 4, 2021. Like other WB productions, it will have its simultaneous theatrical release, IMAX. It will be the seventh movie in the highest-grossing horror franchise in history with  1.8 billion dollars worldwide ticket sales. The previous titles were: The Conjuring 1 and 2, Annabelle, Annabelle: The Creation, The “Nun and Annabelle 3: Comes Home.

How will the cast made up?

Michael Chaves will be the director of this film scheduled for September 2020, but the coronavirus pandemic delayed its Premiere.  Peter Safran and James Wan will serve as producers. While David Leslie Johnson-McGoldrick wrote the script based on letterings created by Chad Hayes and Carey W. Hayes.