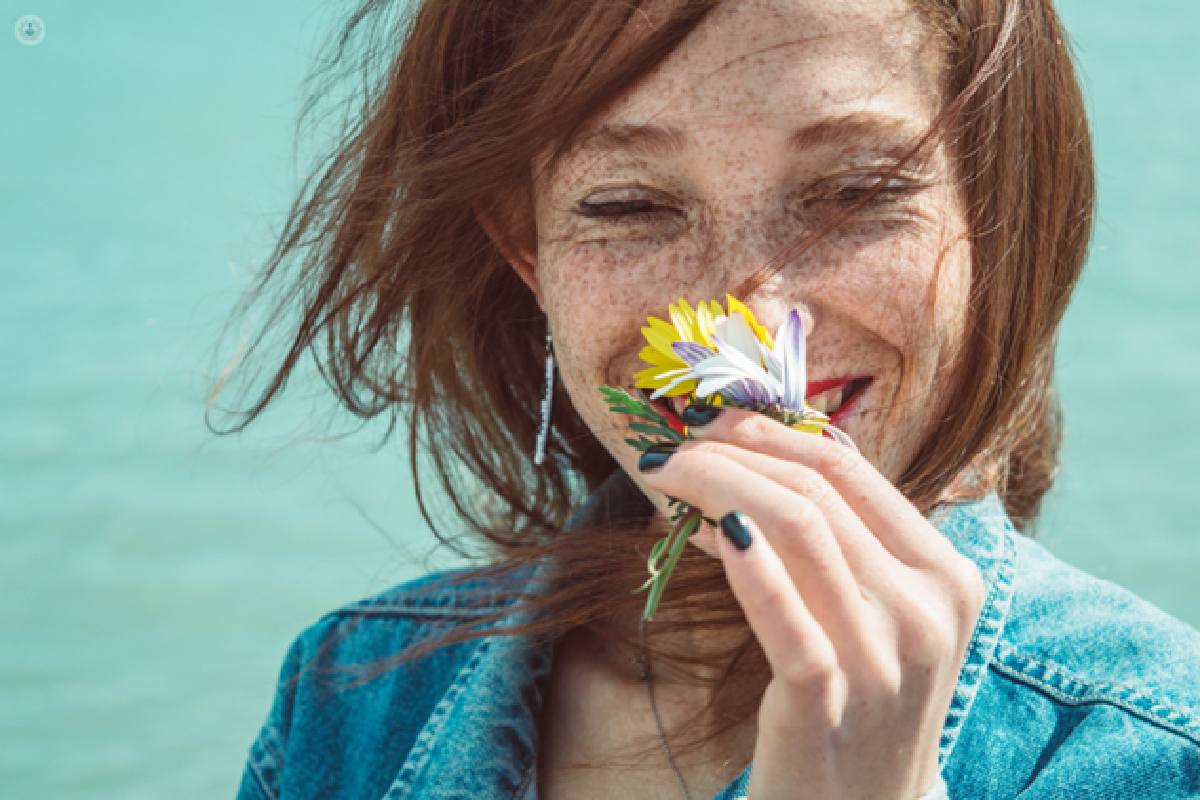 Anosmia: Prognosis, Symptoms of Anosmia: Anosmia is the total loss of smell; it also decreases the ability to perceive flavors. Its deficiency is related to the failure of the sense of taste.

Anosmia is not always treatable; for example, it is the case of patients with affectations of the nerve centers related to the nasal system or the deficiencies of old age. However, security measures such as fire detectors or smoke alarms can taken so that these people maintain an enhanced quality of life and are safe.
Symptoms of Anosmia

The primary and most obvious symptom that a person suffers from anosmia is the loss of the ability to smell, but a change in the way things smell can also manifested initially; those familiar to them begin not to have any odor.

A doctor diagnoses a lack of the sense of smell by:

In some cases, you may also have:

What are The Causes of Anosmia?

Anosmia is mainly due to two reasons:

It should be well-known that a loss of smell lasting several weeks in a middle-aged person may indicate the existence of sinonasal polyposis, that is, the growth of benign fleshes within the nostrils that prevent air from reaching the upper part of the nose.

Recommended preventive measures to avoid loss of smell include:

There no specific treatments for anosmia, but the causes of anosmia can treated.

It is essential to reassure the patient since, in many cases, the loss of the sense of smell can be temporary and return spontaneously, especially after common colds or viral infections.

Once the leading cause of the loss of smell has diagnosed, try to fix the problem by correcting the underlying disorder if possible. Although the scent does not always regain, specific reasons must treated, even after successful sinusitis treatment.

How to Gain Muscle on Diet

Ten Signs That You Need a New Doctor

The Ultimate Guide to Scrub Base Layers